For the Love of People 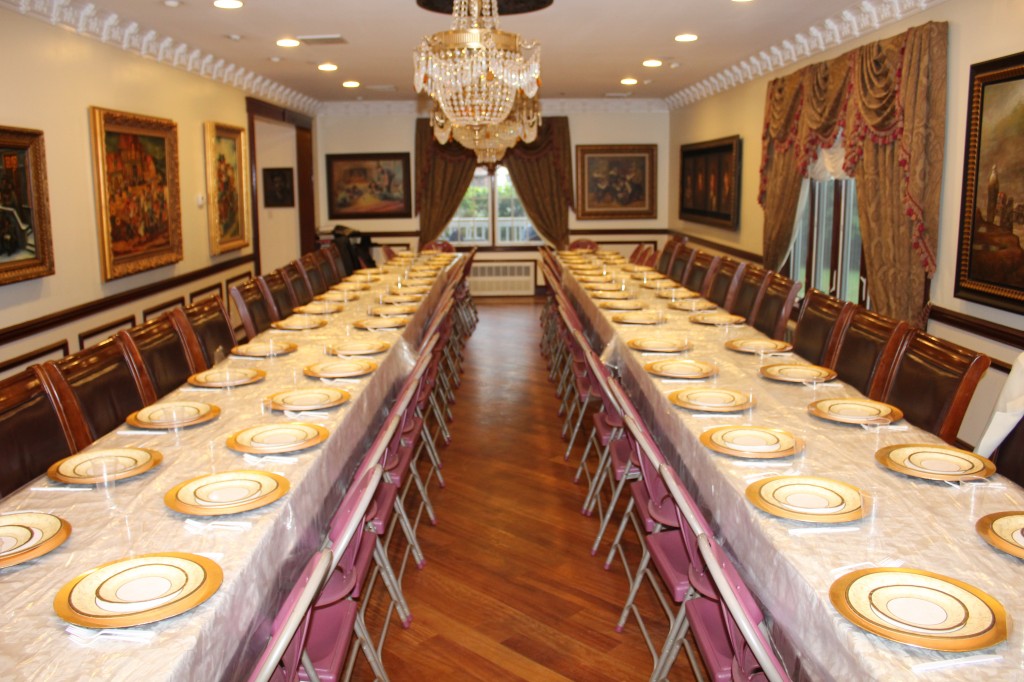 Mythological tales are told of saintly Jews abounding in humility, knowledge and wisdom, wondrous people just as close to God as to humanity.

I found one. And he’s no myth.

I can be forgiven for having harbored cynical doubts after hearing about Rabbi Mordechai Machlis, and before meeting him. Here in Rabbiland, there are many with many fine attributes, a few with none, and perhaps fewer who are so lofty that — in Jerusalem’s religion industry — they are failures.

Rabbi Machlis — “Please,” he would say, “Call me Mordechai” — is a failure because he does not play the game. He is not loud enough about how quiet he is, he shuns the politics of power, prestige and influence, he doesn’t understand the fashionability of false modesty, of cult of personality, of mystic stature-building. Doesn’t hobnob or hustle, publicize or promote.

All he does, for heaven’s sake, is do good. (And he’d really prefer I didn’t write about it, but I declined to ask his permission.)

As Shabbat approaches, his household is busy preparing. It’s a large family, so there’s a lot to do, but they like having guests, so there’s always a bit of extra work and added expense.

Not three or four guests.

That’s how it is every week in the Machlis household in Ma’alot Dafna, that’s how it’s always been — for the past 18 years.

Why? Well, his wife is a great cook, and Shabbat is a beautiful experience, and they love people, so why not?

On second thought, the greater mitzva-macher is his wife, Henny. A semitrailer-load of splendid food goes through her small kitchen — for Friday dinner AND Shabbat lunch. And they don’t just serve a spoonful of this, a shtikl that: from the 18 chickens she cooks, to the three different kugels and array of salads, to the choice of four desserts (not to mention the gefilte fish, chicken soup, cholent, and even vegetarian alternatives), you can fress, take seconds, and go home heartily content.

Never mind that the family is (so I’m told) deeply in debt, that they pay for everything themselves, that they wouldn’t think of scrounging for donations or institutional funding. Never mind that they are not salting away a nest-egg for their 12 children. They have this crazy notion that bounty should be shared, never mind if you can afford it.

Mordechai and Henny feed the thronging masses not just food, but morsels of learning, servings of hospitality, and great vatfuls of love of Judaism. They’re not agenda-driven missionaries ramming religion down your throat — because they’re not collecting souls, they’re nourishing them.

You eat, you listen to what Mordechai — and Henny — have to say about Torah wisdom and morality, and perhaps you’ll stand up and contribute your thoughts, as many do. You sing or just listen; utter the prayers, or not; eat and leave, or stay and talk: even after the family has gone to bed, the door swings open and more people come in — as late as midnight — to nosh or shmooze. (Why they bother to have a door I don’t know.)

It’s one of the most enthralling Jewish experiences I’ve ever had in this city, where Judaism can be warped into such ugliness.

BEYOND THE food, and the food for thought, this is a remarkable encounter with people.

It can get unruly, vehement, or emotional to the point of tears. When the ingathering gets a chance to be heard, they don’t always heed the rabbi’s plea for sensitive, respectful political correctness. Hot, roiling debate might take hold.

But just as likely, someone might describe how they discovered their Jewish roots, beg forgiveness for anti-Semitism, or recall with reverence how the Machlis family changed their lives, and everyone will be quietly sobbing.

What startled me most was that close to half the assembled were gentiles seeking an intense Jewish experience. Mordechai and Henny are Americans in their mid-40s, and the proceedings are in English, but the Judaism is neither watered down for the most ignorant guest, nor pedantic and enigmatic for the most knowledgeable.

Indeed, there were a number of haredim and modern Orthodox present, mixed in with an amazing assortment of newly-religious, newly-Jewish or soon-to-be, elderly Sephardim, families and singles, neighbors, self-styled disciples of the rabbi, a few oddballs and kooks, the poor, the lonely, people under one influence or another. And of course, the Machlis children, a dozen beautiful youngsters aged one to 19.

Having grown up in such a pulsating environment, they are like the flower children of a ’60s commune. “We don’t need MTV,” one of them chirped, “We have Shabbes.”

There was a young man from Slovakia who had arrived on aliya five days earlier. A leggy, underdressed beauty from California, here with her husband on their honeymoon. A group of young South African Christians, one of whom had to go out for air because he was overcome by emotional tumult. A Christian Australian family, a day after arriving on their first visit. A middle-aged Florida tourist who spoke earnestly of Jesus, challenging Mordechai to respond wisely. And four young men who looked very much like soccer louts, German Christians profoundly self-conscious to be there, but — encouraged by Mordechai’s effusive warmth and sincere respect — courageous enough to stand and state their feelings.

One of the Germans, Manfred, almost apologetic for his presence, needed us to understand that his name means “man of peace.” Another of them asked me, wide-eyed and whispering, if this is how all Jewish homes are. I could barely answer for the lump in my throat.

People speak, awed, of the Machlis sense of charity and kindness. Stories are told…

When Mordechai walks home from the Kotel, he greets Arab shopkeepers with a friendly “Shabbat Shalom.”

A homeless man sleeps in their van, and they never know who they might find on their couch in the morning.

The poor and hungry know they can walk in anytime and fill their pockets from the Machlis pantry.

A sorry old drunk was invited to the eldest Machlis daughter’s wedding, and was honored by getting to dance with the bride’s father.

Does it ever get to be a bit much? Doesn’t this family sometimes crave a quiet, intimate Shabbat without intruders, just the 14 of them?

“Sure,” said one of the girls, a 16-year-old identical twin. “We go away once every few months, just the family.”

I was relieved to hear that.

“But,” she added quickly, “We worry that some people won’t have a Shabbat meal, so we leave food outside.”